As a Boy Scout, I learned the motto “Be Prepared.” This is a principle by which I’ve tried to live. That said, it’s obviously impossible to be prepared for everything that comes your way in life. For example, take the recent case of a Non-Government Organization (NGO) threatening to file suit against KKMI for allegedly polluting the Santa Fe Channel. This is the very same channel that decades ago was deemed to be so environmentally impaired that eating fish caught from the channel was prohibited. How does a business owner prepare to address the threats of a lawsuit when an NGO alleges such unreasonable claims?

The answer is you can’t. As a small business owner, I’ve learned it’s nearly impossible to be immune, let alone defend oneself from such allegations when contending with so many conflicting and complicated environmental laws that impact the maritime industry. The problem goes even deeper. This isn’t the first time that KKMI has been attacked by such an NGO. Less than 5 years ago another NGO filed Notices of Intent to file suit against 25 boatyards and marinas in California, including our Sausalito and Pt. Richmond locations.

We found it very disturbing to have been attacked like this, given that both facilities had been recognized by the California Water Environment Association as their “Small Industry of the Year.” However, we were able to resolve the matter quickly and amicably with the NGO. Ultimately, KKMI was able to demonstrate that our practices are among the best in the industry. The NGO then withdrew their threats and sent us a letter stating, “It is River Watch’s hope that other boatyards through the State can follow KKMI’s excellent example of stewardship and achieve high standard of pollution control as well.”

So, having been previously unjustly accused and later exonerated, how do you “be prepared” for this to happen again? Needless to say, it came as a complete shock to all of us at KKMI when this happened again last year. Unbelievable! Could there be TWO such poorly uninformed NGOs, we asked ourselves?

Well, to end what has been a very long and painful period of operating KKMI, after a year of wrangling and a staggering amount of time and money spent, we have reluctantly settled with this second NGO. KKMI disputed all allegations and the court did not find any legal violations.  Even though KKMI has spent years taking steps to protect the bay, we settled because it’s more important for KKMI to use our time and resources to supporting our clients, our team members and the community.  Rather fighting the “system” we have put this matter to rest, and we are moving forward.

While this matter has been settled, larger issues remain. For our “cottage” industry to survive, common sense must prevail. How can it be perfectly legal for our Pt. Richmond yard to apply over 6 tons of copper-based antifouling paint on an annual basis (paint that is ultimately scrubbed off or sloughs into the Bay) yet an NGO can threaten KKMI with a lawsuit for exceeding 33 parts per billion of copper in our storm water? This is the equivalent of approximately 2 pounds annually. This obviously makes no sense yet there’s enough of an argument over this matter that an NGO can keep a lawsuit alive and threaten costly litigation.  This leaves the business owner with the only option of hiring an attorney to defend oneself. And so…the process begins and ends with spending a great deal of time and money on legal matters.

In California, we take our environmental laws seriously, rightfully so. However, the contradiction of allowing tons of copper (in bottom paint) into the Bay yet restricting boatyards from discharging copper levels that are lower than drinking water standards is untenable. Thankfully, the Marine Recreation Association, acting on behalf of California marina and boatyard operators, is doing something. MRA is making these concerns known to our customers, regulators and the elected folks in Sacramento.

The maritime industry is a $13 billion economic generator in the State of California. Your fun, or livelihood, and the ability to enjoy the Bay depends on compliant marinas and boatyards. We are all in the same boat. Let’s not let a handful of dodgy and so-called environmental groups cause us to run aground, if not sink.

See you on the waterfront, 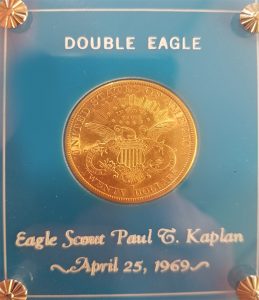